St. Barthelemy has been described as the best of the Caribbean. It certainly has all the elements of an ideal tropical destination. Red- roofed cottages overlook one of the most picturesque harbors in the Caribbean, coral reefs and 20 beaches with idyllic lagoons surround the island and rolling hills round out the diverse landscape. Small wonder it’s favored by an international crowd drawn to its natural beauty, international cuisine, chic boutiques and low-key ambience.

Whether it’s a bonfire on the beach, a long night at one of the restaurants at the water’s edge or a dance party at a club, people on St. Barts aren’t in bed by 9 p.m. But late nights don’t mean wild nights. Festivities tend to be a bit more subdued and sophisticated than on neighboring St. Martin. Many restaurants have cocktail bars with live entertainment. The Yacht Club right on the harbor of Gustavia has live screen concerts and when the film and musical festivals are staged on island there are an abundance of evening get togethers. 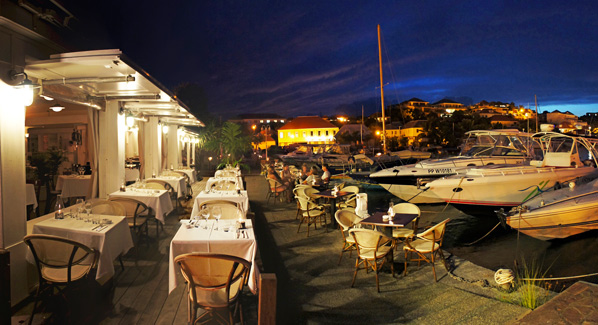 The harbor at Gustavia is lined with waterfront cafes that overlook the compact harbor, which attracts an international fleet of pleasure boats. Photo: iStock

The thrill of arrival is highlighted by the short flights, which culminate in one of the most talked about and thrilling landings in the Caribbean. Lasting just 12 minutes from takeoff in St. Maarten, the flight path soars over blue water then drops to offer a bird’s eye view of the picturesque harbor lined with boats. Then, the pilot banks to the left, crests a small hill and nose dives down to a runway that ends on the edge of a beach near St. Jean.

With fresh trade winds and blue water in abundance, St. Barts is a yachtsman’s paradise. A regular series of races provide an opportunity for excitement on the water and conviviality after the event. One of the biggest nautical events is Les Voiles de Saint Barth, which attracts over 80 boats and 1,000 sailors every spring. Others include the boisterous St. Barth Bucket regatta, and the West Indies Regatta, which celebrates the traditional arts of Caribbean boatbuilding. 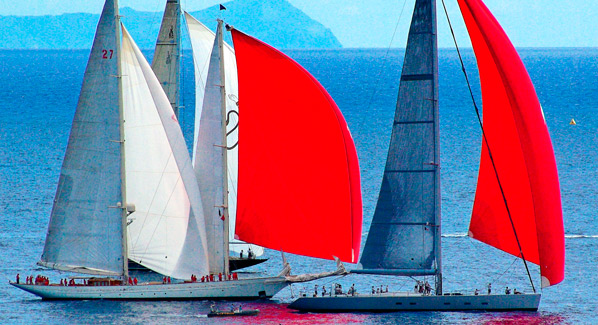 Blessed with steady trade winds and a secure harbor, St. Barts is a favorite with sailors, who come for winter racing action and dockside conviviality. Photo: iStock

With just 20 hotels on the island, there are times when there is literally no room at the inn. Fortunately, there are alternatives. For those looking for ultimate privacy, or travel in a large group, a villa is the best option. St. Barts has a range of offerings from over-the-top villas with butlers at your beckon call to more modest bungalows where you cook your own breakfast and make your own cocktails. There’s something for every taste and budget and in every viewpoint, with villas clinging to a hillside or open to a beach.

St. Barts packs in more gorgeous beaches for its size than any other Caribbean island. There’s people watching on the beach at St. Jean, including celebrity sightings at the Eden Rock Hotel, which sits perched above the sand on a rocky promontory. Anse de Grand Saline offers a wide beach with soft white sand and big waves, while Gouverneur is hidden by sea grapes and shrubs, with gentle lapping swells that make it ideal for kids. There’s black sand at Marigot, and a small town vibe at Lorient. 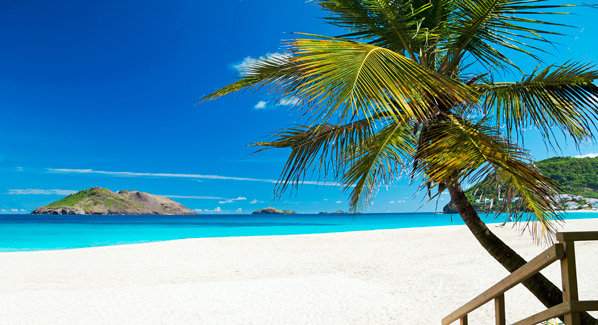 St. Barts has some of the finest beaches in the Caribbean, ranging from celebrity-favored strands to quiet coves off the beaten path. Photo: Christian Wheatley/iStock

Downtown Gustavia is lined with unique shops and trendy boutiques offering both one-of-a-kind designs and name brands known throughout the fashion world. If you are looking for the latest fashion, right off the runway from Paris you are bound to find those upscale designers here. Also on the racks are local island designs, and it’s easy to find that perfect little flowing beach top or soft tropical weight trousers.

The epicurean experience on St. Barts rivals almost any destination in the world. The island’s culinary flair is fed by a way of life that places food as a passion. This seems to push chefs to invent even more innovative combinations. With over 80 restaurants catering to every taste from creole to traditional French, every palate is surely satisfied. Freshly caught seafood, provisions from France and local produce from Martinique and Guadeloupe combine to take menus into new realms. 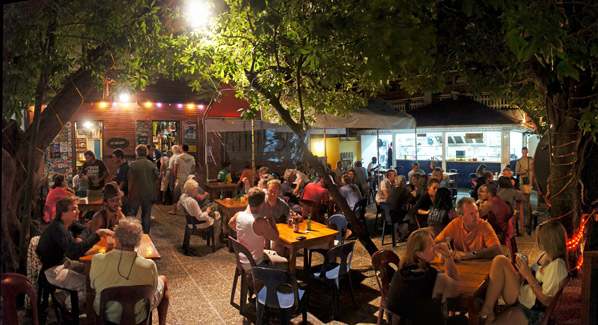 At the unpretentious Le Select, patrons place an order and serve themselves. The setting is claimed to be the inspiration for the song “Cheeseburger in Paradise.” Photo: iStock

At points across the island, the trade winds carry the scent of fresh baking. There are dozens of small boulangeries and patisseries serving up a range of savory treats warm from the oven. In the best traditions of France, one can stop for a cappuccino and a pain au chocolat, socialize with locals, and then grab a fresh baguette and a big chunk of cheese for an afternoon picnic at the beach.

Underneath a heady dose of contemporary French flair lie hints of the island’s past. Many of the descendants of the first Norman and Breton settlers live near the villages of Colombier and Corossol. Here, the traditional craft of palm frond weaving is kept alive, and many elders still speak in a traditional Norman dialect. It’s not uncommon to see women going about barefoot while dressed in a traditional style that features starched white sunbonnets known as quichenottes, or kiss-me-nots). Hats and baskets hand woven by villagers are often offered for sale. 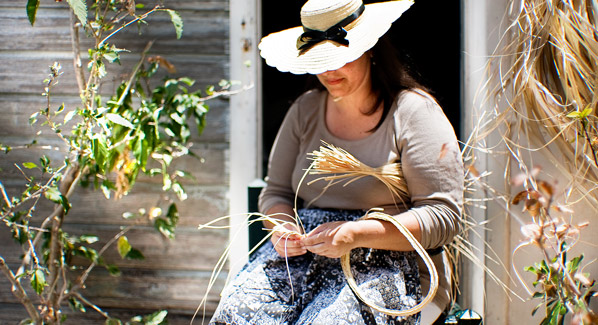 The traditional skills of weaving baskets and hats from palm fronds is still practiced at Corossol, which is known as the straw village. Photo: iStock

The island’s thriving arts community is represented in Gustavia’s numerous art galleries, which showcase local, Caribbean and European artists. The crisp white walls of Space Gallery are hung with the works of contemporary artists such as Philippe Pasqua and Michael Kagan. Fergus McCaffrey adds in contemporary Japanese artists such as Hitoshi Nomura and Natsuyuki Nakanishi, while the Caribbean & St. Barths Gallery offers unique Kelly Gary watercolors. Photo buffs will delight in the photo centric gallery called Clic, and hotels like the Eden Rock offer art prominently throughout the hotel.

Back to St. Barts