There is no better way to immerse yourself in a destination and get to know its people than by sharing food. And with a new crop of food and wine festivals expanding through the Caribbean, foodies have more and more opportunities to taste the heart and soul of a destination.

These festivals often pair local culinary talent with visiting chefs from around the world. Add in wine purveyors, spirit distilleries and some music and you have all the ingredients needed to make tasty memories. Here are three top choices to add to your culinary calendar for 2017.

What started in 2001 as a one-night event known as the Taste of St. Croix has since blossomed into an internationally recognized culinary celebration that draws guest chefs and food lovers from around the globe. The April 2016 event began at Balter Restaurant where the focus was on contemporary West Indian cuisines with locally sourced ingredients grown on the island. 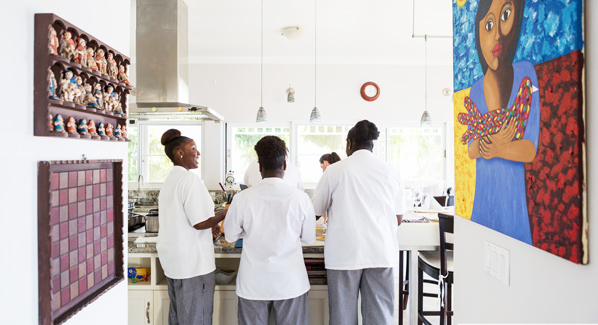 Highlights of the week included a sunset BBQ where celebrity chefs prepared the spicy eats, and the Cork & Fork dinners. These coveted events provide an opportunity to dine in an island home, where a six-course meal paired with wines is prepared before your eyes and served in style. The final night of the festival is a full-on party that continues the traditions of the original Taste of St. Croix. Held pool and beachside at the Divi Carina Bay Resort, it brings together more than 50 of the best local and regional restaurants, chefs and caterers, with guests moving from station to station to explore a variety of savory bites and libations. The entire event is a community effort, with proceeds going to support the St. Croix Foundation for Community Development. For next spring’s lineup: www.stxfoodandwine.com 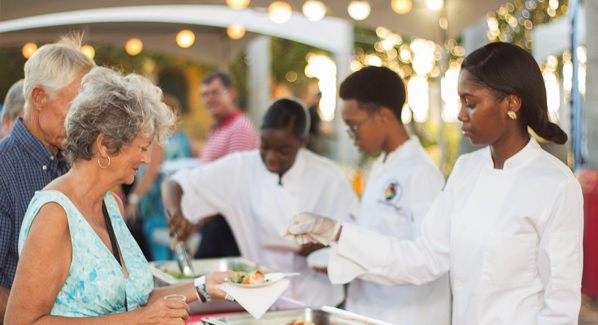 The flavors of Mexico and Spain are celebrated at this late-spring event, which is now in its fifth year. The five-day event involves a number of Cancun’s top resorts, and attracts an international crowd. A signature event is the two-day gourmet tasting village, where guests can sample a variety of foods prepared with Mexican flare. 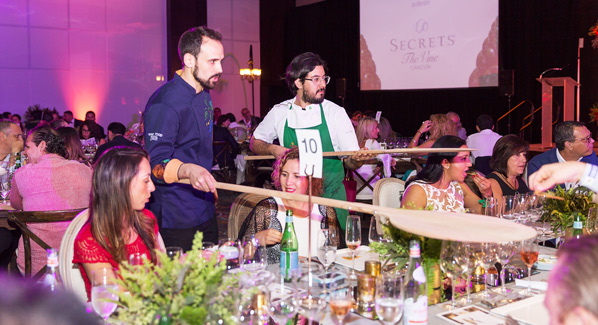 During the Cancun-Riviera Maya Wine and Food Festival, a Tribute Dinner to Barcelona held at the Hotel Secrets celebrated the contributions of chef Albert Adrià gastronomy. Photo: Cancun Wine & Food

For 2016, top honors went to Chef Alejandro Ruiz, ambassador of Oaxacan cuisine and Chef Albert Adrià, who is considered the best pastry chef in the world. Guests had the chance to learn about the history and varieties of agave and mezcal during a mezcal journey and tasting, with tips on how to enhance the flavors by pairing the liquor with different foods. One session showcased the flavors and personalities of Mexican beers, while another was devoted to coffee, chocolate, fruit and liquor. Also offered during the event week were cooking classes, where guests could learn about Mexican ingredients and dishes. For 2017 tickets: www.wineandfoodfest.com/en/ 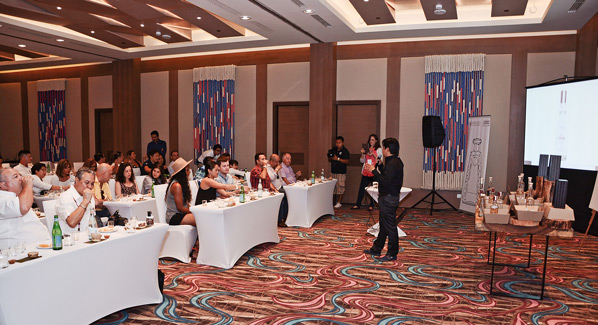 A scene from the Cancun-Riviera Maya Wine and Food Festival, where a talk and tasting session was devoted to the nuances of varietal agaves and regional mescals. Photo: Gabriel Barranco/Cancun Wine & Food

Taste of the Caribbean, Miami, Florida

Each June the Caribbean comes to Miami as individual islands compete for top honors at this culinary mash up, which is sponsored and staged by the Caribbean Hotel and Tourism Association. 2016 saw thirteen islands compete in food and beverage presentations for titles that included: pastry chef of the year, bartender of the year, team of the year and chef of the year. For the sixth time Trinidad & Tobago took home the title of Caribbean National Team of the Year, with creations that melded influences of West and East India, all taken to a new level. 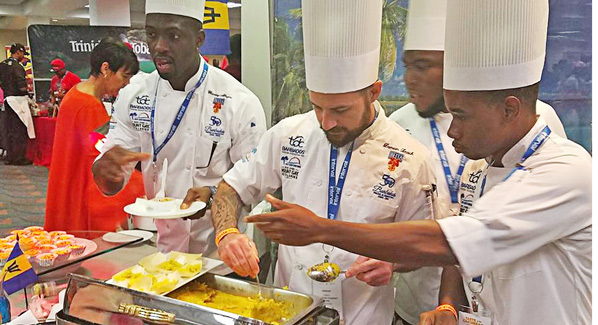 A team of chefs from Barbados presents their island-inspired creations to judges and attendees at the 2016 Taste of the Islands in Miami. Photo: CHTA

The island-inspired delicacies created for judges to taste and rate can also be enjoyed by guests, who are invited to join in as competition unfolds and teams go head to head. The grand finale is the Taste of the Islands, held on the final festival night. Designed to showcase the broad range of Caribbean food and beverages, it allows attendees a chance to experience a bit of each island’s culture, meet the chefs and other foodies and learn about new cuisine while sampling to the background of Caribbean music. For tickets to next June’s event: caribbeanhotelandtourism.com 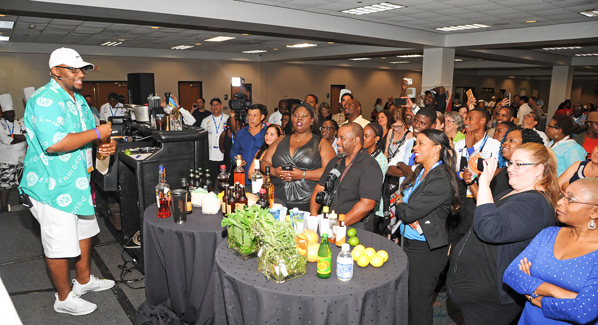 Mango Festivals in the Caribbean

Culinary Getaways in the Caribbean