Leave the cold behind and head south to ring in the New Year with these unique Florida New Year Eve celebrations. Let beaches and ocean breezes set the tone for a great year ahead. From family-friendly spots to all-night ragers, here are 3 of our favorites.

Forget the lighted ball and check out Key West’s unique New Year’s Eve Drops. Watch the famous giant conch shell drop from the roof of Sloppy Joe’s Bar, or count down as famous drag queen “Sushi” descends onto Duval Street in a huge red high heel shoe. A third drop takes place at the harbor where a costumed pirate wench is lowered from a ship’s mast at Schooner’s Wharf. Wherever you start the countdown, there is never a dull moment in Key West on New Year’s Eve, where the party lasts all night long. 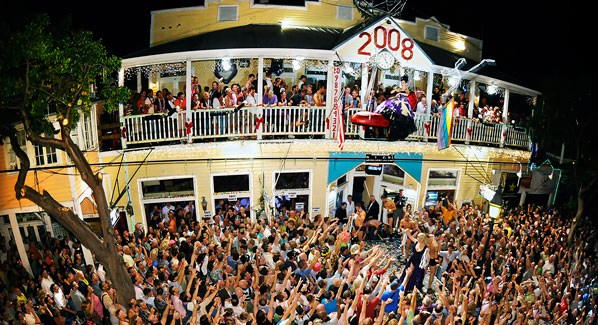 A crowd of thousands gathers on Key West’s Duval Street to watch a giant shoe drop from the balcony of the New Orleans House on December 31st. Photo: Flickr

Party on the Bay

Miami’s Bayfront Park will once again host its famous and free New Year’s Eve Happening, which includes live music from top musicians. This year, the star attraction will be Mr. 305 himself, Pitbull. The hometown rapper’s New Year’s Eve Revolution will even be televised live on Fox. Expect a star- studded lineup of live music; enjoy an array of food, amazing fireworks with the beautiful bay as a backdrop and nonstop Latin dancing. It’s no wonder USA Today names South Florida one of the best places in the world to ring in the New Year. 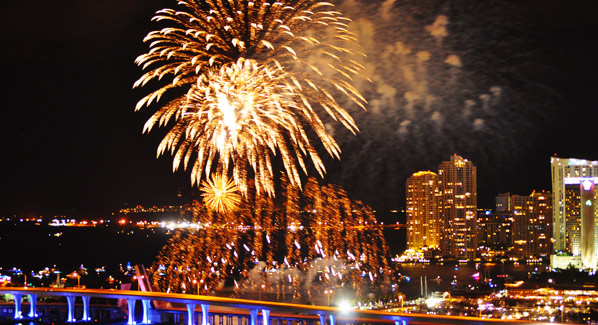 Midnight fireworks light up the Miami skyline and the waters of Biscayne Bay during the city’s New Year’s Eve celebration. Photo: Lonny Paul/Flickr

Say goodbye to 2016 with the family friendly event on Panama City Beach, where a giant beach ball drops at midnight. The streets of Pier Park are closed off for the evening, and revelers can enjoy free live music and entertainment. For the young crowd, there’s an 8 p.m. countdown when more than 10,000 beach balls are dropped from nets, followed by fireworks. For the midnight countdown, there is live music during the much anticipated lowering of the 800-pound beach ball, which is lit by thousands of glowing LED lights. The drop is followed by a second round of fireworks. Who wouldn’t want to celebrate the New Year with your toes in the sand? 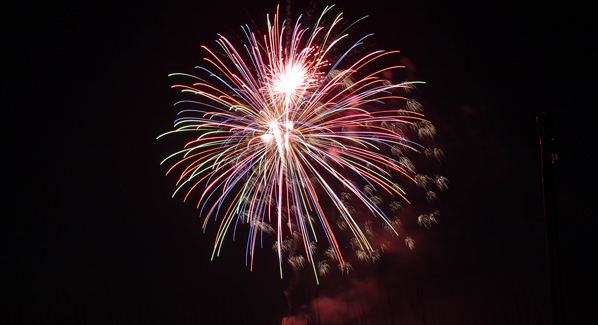 Panama City Beach doubles up on the fireworks, with an early show for youngsters and families with an early bedtime. Photo: Chris MacLeod/Flickr