Most every visitor to Maui knows about the Hana Highway, that 65-mile stretch of coastal highway that winds a serpentine path along the island’s southwest coast. Less known, and less traveled, is the coastal road known as the Kahekili Highway, which connects the north shore to the east-central town of Wailuku. This 20-miles stretch of narrow and sometimes cliff- hugging roadway is a source of automotive terror for some, and inspiration for others. Yet despite its reputation as the “death highway,” in reality, all that is needed to safely make this scenic journey is a light foot on the accelerator, a firm command of the steering wheel and a degree of common sense when negotiating some of the blind curves and narrow stretches that are hallmarks of the route. 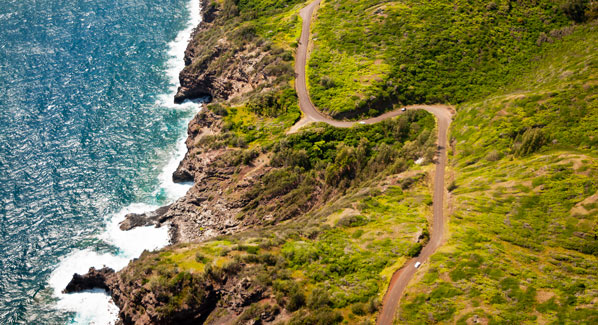 An aerial view of the Kahekili Highway reveals the circuitous nature of this roadway. The rewards for negotiating this narrow track are spectacular vistas of the Pacific Ocean. Photo: Eugene Kalenkovich/iStock

Large stretches of this roadway are paved as a single lane, and open to two- way traffic. That said, many locals feel that the best way to make the drive is in a clockwise direction, with a morning start to ensure plenty of daylight, because its not a road most drivers would feel comfortable negotiating in the dark. Drivers starting from resorts along the island’s west coast should make their way to Lahaina, and continue up the Honopilani Highway. 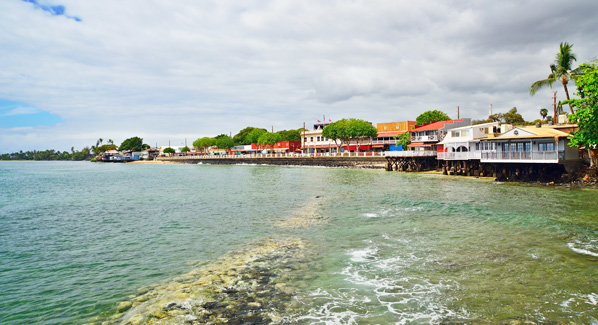 Road trips on Maui’s Kahekili Highway often begin in the west coast village of Lahaina. It’s a good idea to start early, and allow plenty of time for stops to take in the sights. Photo: Ryan Yong/iStock

After a dozen or so miles of coastal development, the first big views of the ocean come at DT Fleming Park. From there, the road winds around the shores of Honokahua and Honolua Bays, then turns east toward the island’s northernmost point. You’ll probably see some cars parked along the roadway as mile marker 38.5, as this is the site of the famous Nakalele Blowhole. It’s worth a stop and the short hike over lava rocks to witness the spectacle of wave-driven spray erupting from a void in the shoreline to rise as high as 100 feet in the air. 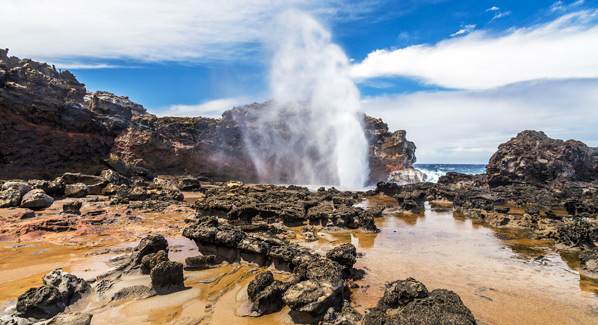 At the northernmost point of Maui, a hidden cavern in the lava rock shoreline funnels crashing waves through the vents of the Nakalele Blowhole, creating giant clouds of spray. Photo: iStock

After viewing the blowhole and the area’s other famous sight—a rock with a heart-shaped hole carved by wave action—many drivers will drive another mile on the narrowing two-lane roadway to view the Olivine Tide Pool. From there most will turn back and return the way the came. Those with a sense of adventure keep going, and as the roadway crests a ridge above Kahakuloa Bay, the pavement goes to a single lane. A half-mile on, the Braddah Chic’s food trailer perches on the edge of the roadway, high above the ocean. This local landmark is a favorite stop for fruit smoothies.

For the next eight miles, this single lane of asphalt winds its way up and down steep hillsides, with stretches too narrow for meeting traffic to pass. This is where common sense comes into play, as drivers may have to plan ahead by pausing at a wide spot to avoid head-on meetups with oncoming traffic. 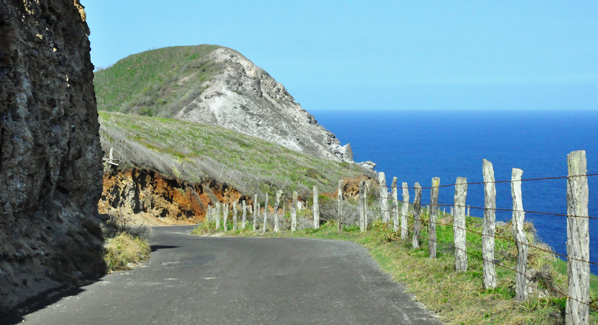 When the Kahekili Highway narrows to a single lane, drivers can ensure their safety by slowing down and approaching blind curves with a degree of caution. Photo: iStock

Once the road returns to two-lane status, it’s just a few more miles to one of west Maui’s most spectacular settings. The Iao Valley State Park is a 4,000- acre preserve that extends ten miles into the heart of the West Maui Mountains. Visitors can drive to the Kepaniwai Heritage Gardens and the Hawaii Nature Center. 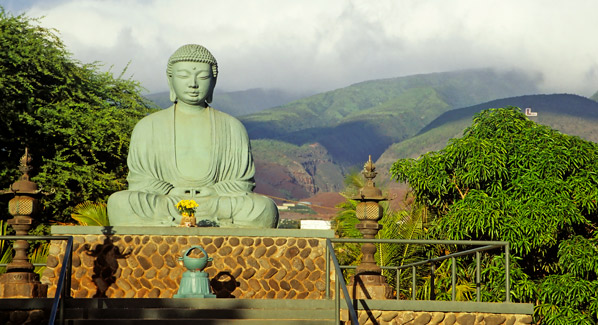 You’ll need to put on your walking shoes to see the park’s most famous attraction, the 1,200-foot-tall spire known as the Iao Needle. It’s an easy half-mile walk from the parking lot to an observation deck, on a trail that winds through verdant tropical landscapes and crosses a running stream. If the walk works up your appetite, it’s just a short drive in to the towns of Wailuku and Kahului, where you can nosh on everything from traditional plate lunches and poke bowls to upscale sit-down dinners. 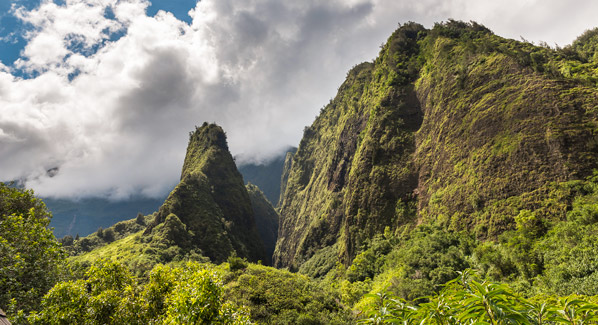 The Iao Needle is one of Maui’s most famous landmarks. This volcanic spire is located in its namesake state park, which offers miles of hiking trails and scenic overlooks. Photo: Jojo Florece/iStock