A month-by-month schedule of the best parties, concerts and happenings in the tropics

If you’re tired of hearing “you should have been there,” then maybe it’s time to start showing up. To help you plan those memory-making moments, we’ve put together a short list of epic and must-do events for 2018 that are taking place at locations all across the tropics.

Forget standing in the cold to watch the ball drop. Instead, head to the island of Jost Van Dyke in the British Virgins for the legendary Old Year’s Night Party of Foxy’s Bar. For a slice of authentic Mexican culture, plan a visit to the Colonial era city of Merida for the month long Merida Fest, which encompasses a long list of art exhibits, concerts, theater performances and street celebrations. If good food is your thing, reserve the week of January 10-14 for the Cayman Cookout, when celebrity chefs descend onto the island to showcase a savory array of culinary masterpieces. 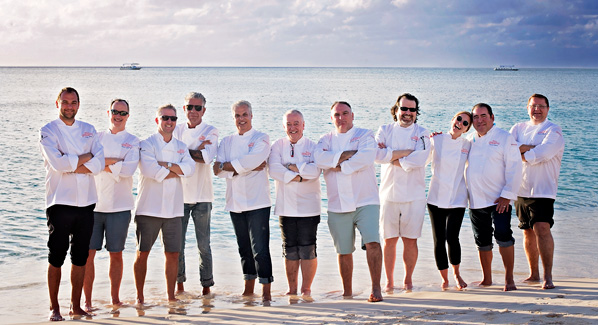 A group of celebrity chefs participating in the Cayman Cookout take a break from the kitchen to pose barefoot on the sands of Grand Cayman’s Seven Mile Beach. Photo: Rebecca Davidson/Cayman Islands Department of Tourism

There are carnival celebrations all over the Caribbean, but the big event takes place on the island of Trinidad, where Calypso singers, costumes and steel drum bands hit the streets, and travelers can get in on lavish nightly parties. Spend President’s Day weekend ogling the world’s largest collection of yachts and pleasure boats at the Miami Boat Show. On February 11, head to Oahu’s Chinatown, where fireworks and processions welcome in the Chinese New Year. Get a jump on the baseball season at the Caribbean Series Championship, which will bring teams from across the Caribbean to Mexico for a round robin playoff. 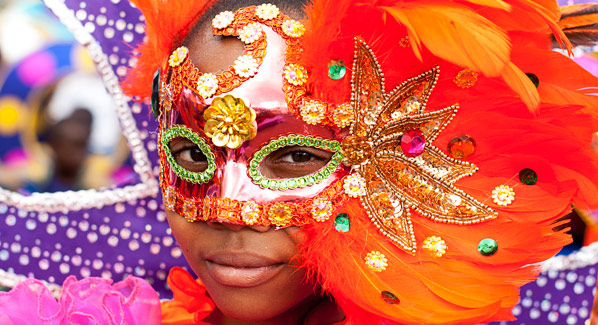 Colorful costumes and elaborate masks are hallmarks of Trinidad’s annual Carnival, which showcases some of the world’s best Calypsonians and steel drum orchestras. Photo: iStock

Reserve your place on the boat for a rare chance to swim with humpback whales as they migrate through the waters of the Silver Banks in the Dominican Republic. Join the locals at Anguilla’s Festival del Mar, where you can finish off a day of boat races and fishing tournaments with a dinner of grilled lobster, then dance the night away to live music. Montserrat is the only place outside of Ireland where St. Patrick’s Day is an official national holiday, and the island’s weeklong festival highlights Montserrat’s blended African and Irish heritage. 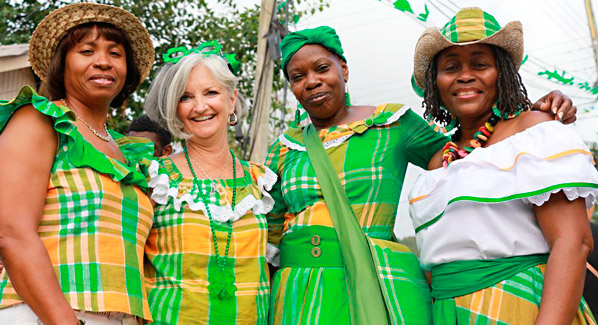 The traditions of Africa and Ireland merge on the island of Montserrat, which is the only country outside Ireland where St. Patrick’s Day is a public holiday. Photo: Abi Kamalei/Montserrat Tourism Board

Come to the Big Island of Hawaii the first week of April to enjoy the sensuous rhythms of the hula dance during the Merrie Monarch Festival, which is the site of the Hawaiian Hula Olympics. Thousands gather in the Colombian town of Vallenato to watch folk music legends compete for the title of Accordion King during the Festival de la Leyenda Vallenata. Nelson’s Dockyard is the center of both racing action and shore side parties during Antigua’s annual Sailing Week, which kicks off on the 28th, and attracts gleaming racing yachts from around the world. For a different take on the maritime life, join locals at the National Family Island Regatta, which draws hometown crews from around the Bahamas. 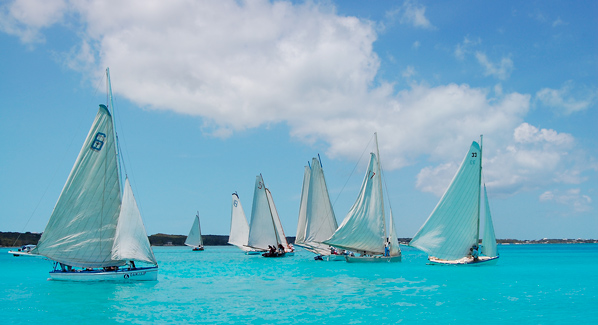 Island sloops fill the waters of Elizabeth Harbour during the annual Family Island Regatta, which draws sailing teams from across the Bahamas. Photo: Bahamas Ministry of Tourism

Start the month off at Hawaii’s largest May Day and Lei Day celebration, when Oahu’s Queen Kapiolani Park becomes the site of lei making contests, hula performances, concerts and a gathering of craft and food vendors. On nearby Waikiki Beach, there are more contests and free outrigger canoe rides. The month also holds a number of notable musical happenings. More than 50 bands converge on the Palm Beach waterfront for four days of live music at SunFest. A broad sampling of authentic Caribbean musical traditions is showcased during Grenada’s Pure Music Festival. For smoother sounds, head to St. Lucia for the Jazz Festival, which showcases a mix of local, regional and international talents. 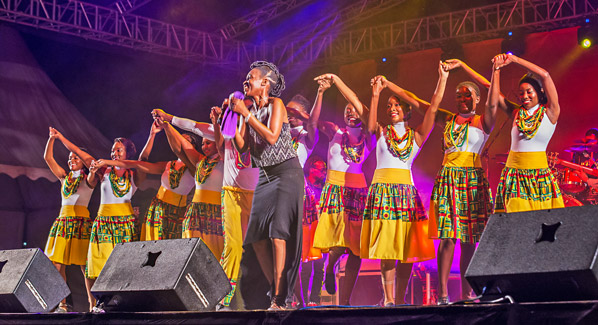 Local talents share the stage with international performers during the Pure Music Festival, which raises funds for a foundation that promotes young musical talent in Grenada. Photo: Grenada Tourism Authority

Go native during the Heiva i Tahiti festival, which celebrates the traditions of Polynesia, with performances and parties on a number of the islands in Tahiti. Earn bragging rights by traveling to the Mexican island of Isla Mujeres to swim with huge but harmless whale sharks. For faster action, make your way to Ensenada, Mexico for the annual running of the Baja 500 Off-road Race. Looking for something a bit more sophisticated? You’ll find it among the chic and beautiful people who descend on Jamaica for Caribbean Fashion Week. 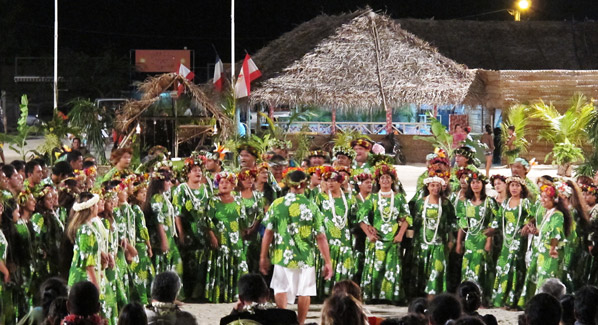 A traditional choir performs on the island of Bora Bora during the annual Heiva i Tahiti festival, which takes place on islands across much of French Polynesia. Photo: Mikito411/Flickr

Grove to roots rhythms during Jamaica’s Reggae Sumfest, which draws reggae and dancehall fans from around the world. Different musical traditions are on display during the Festival del Merengue de Santo Domingo, in the capital of the Dominican Republic, which showcases this homegrown musical genre with dance performances and concerts. Take in a savory combination of good food and live art performances at the Haleiwa Arts Festival, which brings more than 140 visual artists to the island of Oahu. Grab a mask and snorkel and head for the Florida Keys for the Sportsman’s Lobster Season, where everyone has a chance to bag some tasty crustaceans. 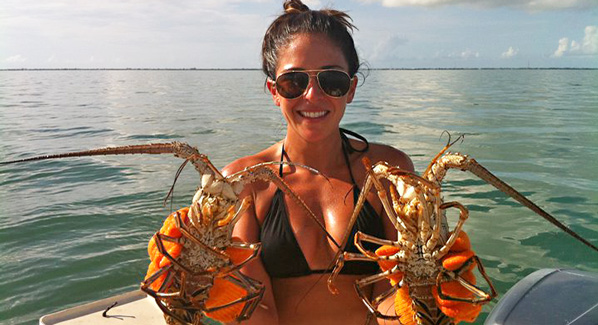 Spiny lobster are the prize catch during Florida’s annual Sportsman Season, which takes place on the last weekend in July, and draws thousands to the waters of the Florida Keys. Photo: Reel Bliss/Flickr

Barbados’s Crop Over festivities stretch through most of the summer, but the can’t miss event is August’s Grand Kadooment, which is a day-long street procession and carnival featuring elaborate costumes, music and libations. On the other side of the globe, adventurous travelers head to the island of Tonga for a once-in-a-lifetime chance to swim with humpback whales in clear blue waters. The old ways are honored during Belize’s Costa Maya Festival, when persons of Mayan heritage from Guatemala, Honduras and Mexico gather on Ambergris Caye for a weekend of traditional dances, pageants, food, and songs. The Dormition of Virgin Mary is one of Greece’s most anticipated public holidays, and a time of festivities and feasts. Many consider the best place to celebrate the day is on the island of Ikaria, at the colorful village of Christos Raches.

The islands of Hawaii celebrate their cultural roots during Aloha Week, which includes parades, traditional dance performances, island music and block parties. As the Caribbean heads into the fall, hatchling sea turtles emerge from nests and take to the sea. One of the prime places to witness this phenomenon is with a stay at Jamaica’s Goldeneye Resort, where more than 10,000 tiny turtles scramble across the sands of Golden Beach. In Male, the capital of the Maldives, the Hindu festival of Kuda Eid culminates in processions and a day of group feasting, dances and athletic competitions. September 15, not May 5, is Mexico’s true Independence Day. On this national holiday, thousands converge on the small town of Dolores Hidalgo, for a reenactment of “El Grito de Dolores,” the day in 1810 when bells rang to signal the start of the revolution. 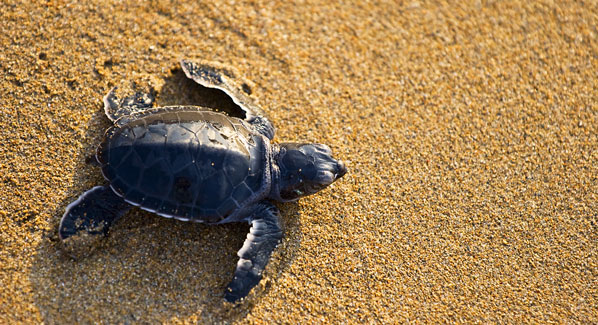 Fresh from the nest, a newly hatched sea turtle inches across the golden sands of a Jamaican beach. Visitors to the island can witness this phenomenon during the month of September. Photo: iStock

The Hawaii Food & Wine Festival is the Pacific Rim’s premier epicurean event. This seven-day festival features a roster of more than 80 international master chefs, culinary personalities, and wine and spirit producers. More eclectic flavors are showcased during the Blue Food Festival on the island of Tobago, which focuses on recipes based on a local staple, the dasheen root. Spectators converge on the island of Kona to watch the world’s elite endurance athletes compete in the Iron Man World Championships.

Fireworks light the sky over the Ko Olina Lagoon during the Hawaii Food & Wine Festival, which brings more than 100 master chefs to the islands of Hawaii. Photo: Hawaii Tourism Authority

In recent years, Mexico’s traditional Day of the Dead ceremonies has evolved into a massive costume party that takes place in Mexico City. Less boisterous but equally colorful is Trinidad’s Diwali Festival of Lights. Catch the on file action and take part in the post game parties during the World Rugby Classic, hosted in Bermuda. When costumed swashbucklers swarm ashore on Grand Cayman’s Seven Mile Beach, it marks the start of Pirates Week festivities. More sophisticated indulgences await during the Barbados Food, Wine and Rum Festival. 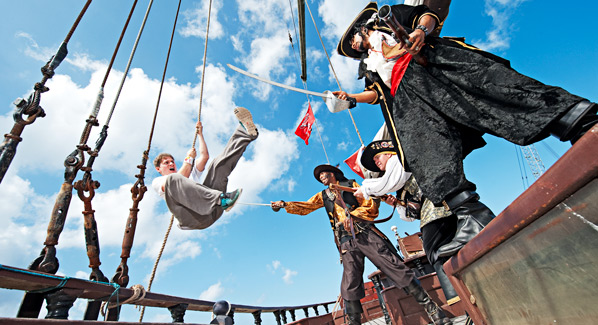 The world’s best wave riders gather on Oahu’s north shore to compete in the Billabong Pipe Maters surf competition. In Miami, unique creations and avant-garde visions are the focus of Art Basel. Adventurous travelers make their way to the highlands of Guatemala, where the indigenous K’iche’ Maya people gather in the village of Chichicastenango to honor Santo Tomás with days of colorful rituals and dances. On the Bahamian island of New Providence, dance and drum troops march through the streets of Nassau during the all night Junkanoo. 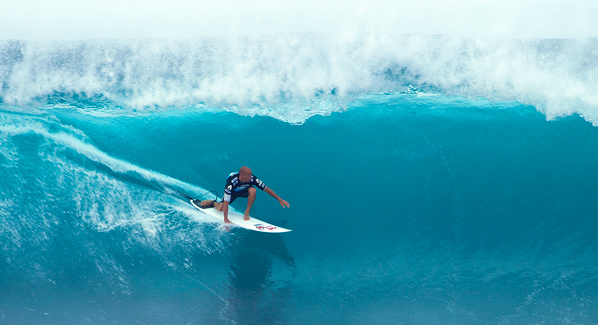 Earth Day in the Tropics