At island-style feasts, these tasty island treats are sure to be on the table

Any visit to Hawaii should include a luau. These traditional island-style parties are part feast, part performance and all about having a good time. Though menus sometimes vary, there are favorites that almost always show up on the table. Here are some of the savory staples that you can expect to enjoy.

A favorite luau appetizer is poke, which is the Hawaiian word for cutting or slicing. Dishes that go by this name are made from chunks or slivers of raw fish marinated in soy sauce, sesame oil and seasonings. Traditional versions include aku and he’e, which are made from yellow fin tuna or octopus, respectively. Creative chefs may substitute salmon or shellfish, and garnish with chopped onions, chilies, seaweed, fish eggs and wasabi. 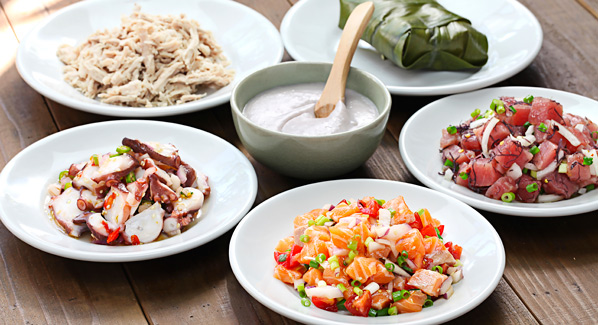 The raw fish dish known as poke is believed to originate with fishermen who marinated trimmings from their catches in soy sauce and spices to create a tasty appetizer. Photo: iStock

Locals love a savory bowl of Hawaiian oxtail soup, and will debate which island kitchen turns out the best recipes. Also known as luau stew, this hearty broth is created by stewing the namesake beef tails in their own juices until tender. Steamed taro leaves and a dash of coconut milk go into the pot, along with savory accents such as ginger, anise, orange peel, peanuts, chili and mustard. 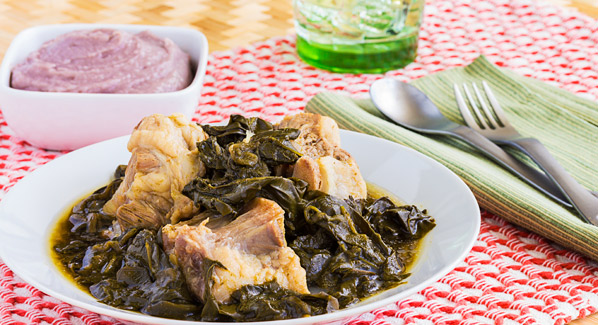 Hawaiian luau stew is an island favorite. This version of oxtail soup is made by simmering the meat until tender, then adding spices and steamed taro leaves. Photo: Leigh Anne Meeks/ iStock

Though not a traditional food, Hawaiian Pizza has found its way onto many luau buffet tables. Both the name and the idea of combining ham and pineapple on a pizza crust are actually credited to a Canadian baker. The recipe spread across North America before arriving in the islands. Local versions may substitute a Hawaiian favorite, spam, and include additional garnishes such as red onions and green bell peppers. 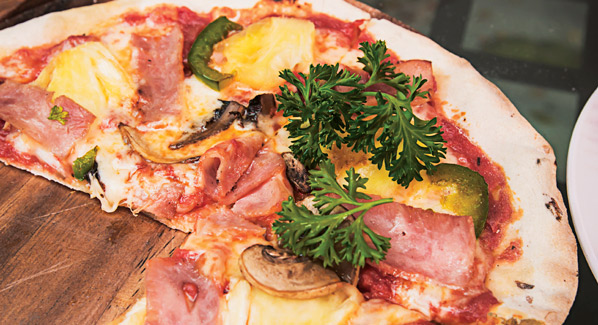 Despite the name, Hawaiian pizza is actually an import first created in Canada. When it appears on luau menus, it is often with a nod to the local preference for spam rather than sliced ham. Photo: NA Grittsaom/iStock

Luau guests are often treated to the enticing scent of grilling huli huli chicken. What sets this version of the barbecue favorite apart is the constant basting and turning the birds receive while on the grill. In the Hawaiian language, the word “huli-huli” means turn, turn. It is this constant attention and the frequent basting that keep the meat juicy and tender. Purists say that this dish is best when made from local fowl that are a cross breed of domesticated chicken and the red jungle fowl that roam the islands. 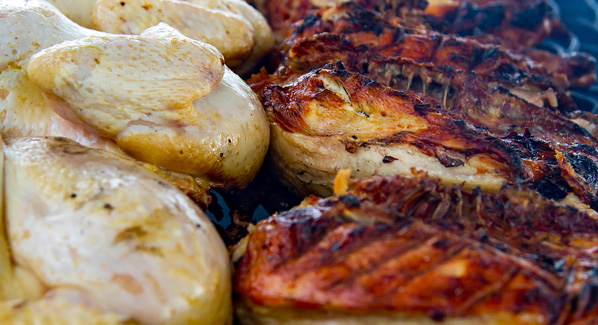 Poi is the original Hawaiian comfort food, and a long-time staple starch of the native island diet. This porridge-like dish is made by mashing the cooked root of the taro plant into a pasty liquid, and then adding water before it is served. Depending on the amount of water added, it can take on consistencies from liquid to dough-like. When served fresh it is known as sweet poi, and when left standing to ferment, it becomes sour poi. 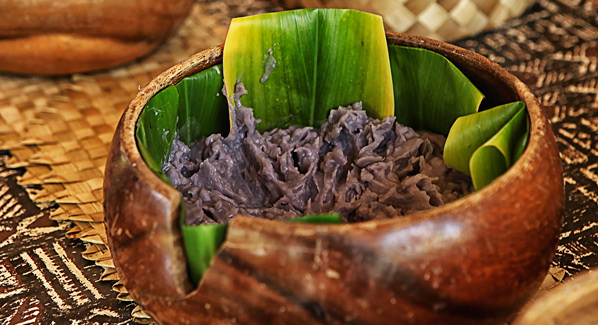 Depending on consistency, the starchy dish made from crushed taro root may be called “one, two or three-finger” poi, referring to the number of fingers required to scoop it up. Photo: iStock

A Kalua pig is often the centerpiece of a luau. The traditional Hawaiian cooking method known as kalua begins by digging a dirt pit known as an imu, where rocks are heated by an open fire. A pig wrapped in wet burlap and layered with banana leaves is then placed in the pit, along with more hot rocks. The pit is covered and left to slow cook for six to eight hours. The result is meat that is uniformly juicy and tender, embellished by the smoke flavors of hardwoods. It is usually served shredded, and is delicious without the need for any additional sauce. 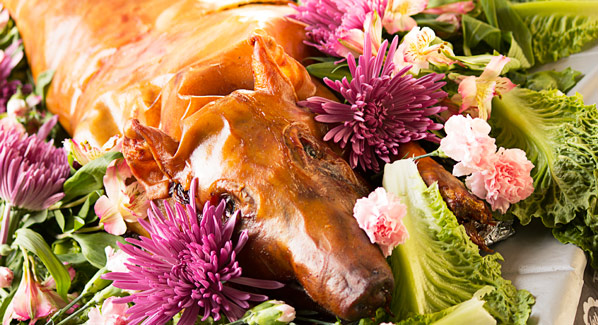 The pit cooking methods of Kalua allow steam and smoke flavors from koa wood, ti and banana leaves to infuse the meat with a mild yet distinct flavor. Photo: iStock