The waters of Hawaii are home to colorful coral reefs and several thousand species of tropical fish. But for many snorkelers, the highlight of a snorkeling adventure is an encounter with a sea turtle. These hard-shelled amphibians are most abundant in summer months, but can be seen in coastal waters year-round. If you find yourself sharing a reef with a sea turtle, just remember to be respectful and give the animal some space. It’s OK to look, but not to touch, and you’ll stand a better chance of creating a memorable encounter if you let the turtle come to you, rather than chasing after it. You might see a turtle most anywhere you stick your head below the waves in Hawaiian waters, but some sites are more popular than others, and also easier to reach. Here are some of the islands’ best bets for turtle encounters. 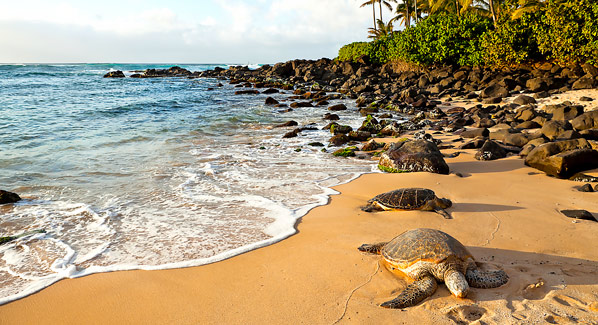 A pair of green sea turtles occupies a beach in Kauai. When seen ashore during daylight hours, these animals are not nesting and laying eggs, but simply basking in the sunlight. Photo: iStock

At Hawaii’s most popular snorkel site, turtles have grown accustomed to the schools of snorkel-equipped land mammals that enter the waters of Hanauma Bay each day. That said, even the most tolerant of turtles will shy away when pursued with too much enthusiasm by too many swimmers. To avoid the crowds and have the best chance of a rewarding turtle encounter, come early, or swim a bit farther afield. You’ll usually find turtles in shallow water near the reefs. 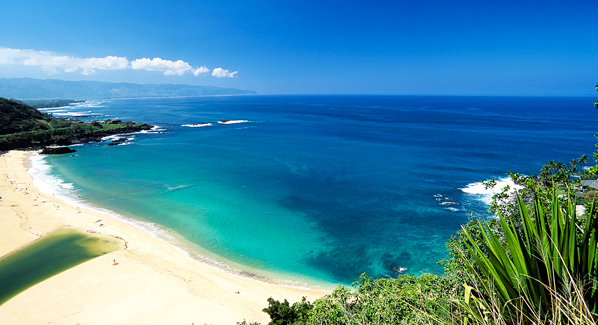 As an alternative to Hanauma Bay, head to the North Shore. A quick stop at one of the dive shops in Haleiwa will give you the latest word on conditions at sites such as Three Tables, Shark’s Cove, Waimea Bay and Laniakea—aka Turtle Beach. Big surf can limit snorkeling in winter months, but these same sites are often calm during summer, which is also when turtles are most abundant.

Maui has numerous bays and miles of beaches where snorkelers can swim with turtles, whether entering the water from shore, or by boat. From the Lahaina area, Honolua Bay is a favorite stop for snorkel charters, where in addition to the ubiquitous turtles, there’s a good chance of sighting octopus, parrotfish and even the occasionally spinner dolphin. For land-based snorkelers, the prime site near Lahaina is the headland known as Black Rock, which is located on the north end of Kaanapali Beach. Another site in the area worth checking out is the Mala Wharf, where turtles glide through the remains of a ship’s pier that was destroyed by Hurricane Iniki in 1992. 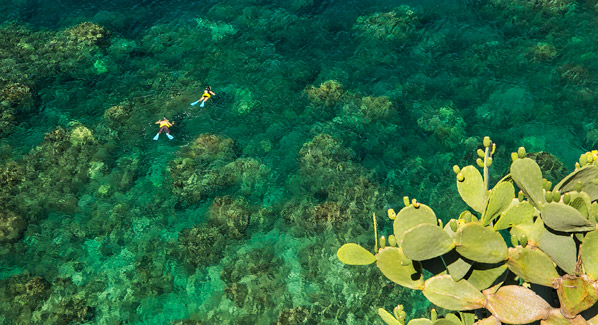 Maui’s Honolua Bay offers plenty of sea turtles plus the chance to encounter spinner dolphin. The bay can be reached by land, but most snorkelers arrive aboard charter boats. Photo: Brad Scott/iStock

There are a number of beaches along the southwestern coast of Maui where turtles are plentiful, and the most famous is the site known as Turtle Town. Here, turtles congregate around a collection of underwater lava formations, which also attract swarms of tropical fish. A number of boat operators provide tours to Turtle Town, and you can also get there from shore, as the site is just a short swim from Maluaka Beach. Another boat-based alternative is a trip to Molokini, and a visit to Turtle Arches.

On Kauai, the deciding factor on where to snorkel is often the surf conditions. When seas are calmer along the north shore, which is typically in summer, sites such as Kee and Makua Beach offer some of the finest reefs in Hawaii, especially at the area known as Tunnels. A less known option that’s a bit off the beaten path, but often packed with turtles, is a small cove next to the tide pool known as Queen’s Bath. Getting there requires a scramble down a rocky shore, and the site isn’t safe when the surf is up, and crashing against the walls of the cove. 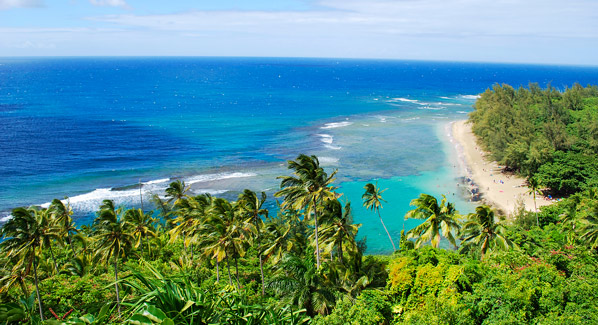 Kee Beach is one of the most popular places on Kauai to snorkel with sea turtles. Summer months are best, as this is the time when surf is smallest and turtles are most abundant. Photo: iStock

When the north shore isn’t an option due to larger winter swells, Kauai’s southern coast is the place to be. Poipu Beach is a perennial favorite, and offers easy entry and calm conditions, plus a reasonable chance of seeing turtles and sometimes even Hawaiian monk seals. A bit to the west, Lawia Beach has a protected inner reef that’s safe to snorkel even when waves are breaking over the outside reef.

The western shores of the Big Island offer miles of calm, clear water for snorkelers, but only a limited number of access points. Closest to the resorts on the Kona coast is Kahaluu Beach Park. This shallow, sheltered bay is home to one of the highest concentrations of fish on Hawaii, along with plenty of turtles. Ten miles farther to the south, Kealakekua Bay is a site best reached by boat, as shore entry will require a long hike over rugged terrain. A number of charter operators run trips to this popular site, and the reefs hold an abundance of both turtles and fish. 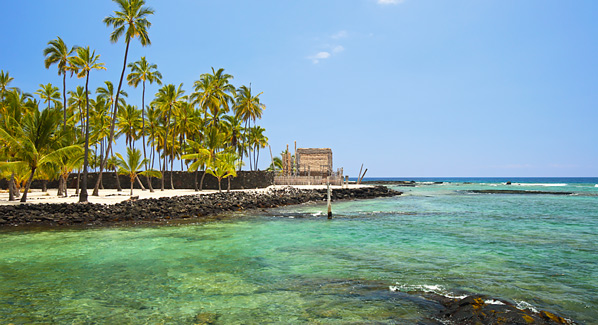 On the calmer western coast of the island of Hawaii, Puuhonua O Honaunau National Park overlooks one of the island’s best snorkel sites, which is known locally as “Two Steps.” Photo: iStock

Another of the island’s best turtle watching venues is easily accessed from shore. Snorkelers can enter the waters of Honaunau Bay at a site called “Two Steps,” which is just outside of the Puuhonua O Honaunau National Park. Roadside parking can be at premium here, but for a modest fee, you can leave your car in the National Park’s lot, use the restrooms and make the short walk next door to the entry point.