Five secluded beaches on small islands that you can get to

The great thing about staying at a Caribbean Beach resort is that a prime patch of sand is usually just a few steps away. The downside is that you probably aren’t the only one within walking distance of that sand, and you’ll likely end up sharing a beach lounge with a number of other vacationers. Fortunately, there are still islands all across the region where you can find seclusion on the shore. To truly escape the crowds, you’ll have to venture beyond the range of cruise ships, and separate yourself from the resort districts by taking a puddle jumper or water taxi to a place less visited. We’ve come up with five of our favorite islands that are off the beaten path but reachable, and which reward those who make the journey with some of the most pristine and uncrowded beaches in the Caribbean.

Guadeloupe isn’t an island; it is a group of islands that together form an overseas region of France. And while the main island of Guadeloupe has its share of beachfront resorts, outliers such as Marie Galante are a different story. With no airport, this 60-square-mile island can only be reached by ferry or freighter. Once there, travelers will discover the Caribbean of yesteryear, where cane fields and farms spread across the landscape, and the only high rises are the traditional stone windmills that perch on hillsides. In a nod to the 21st century, there are taxis on call and cars for rent. After touring the back roads for a bit, and possibly touring the Rhum Belle Distillery, head to the undeveloped shores of Anse Canot. There are no beach bars, and no facilities, but you will find plenty of sand that is all yours to enjoy. 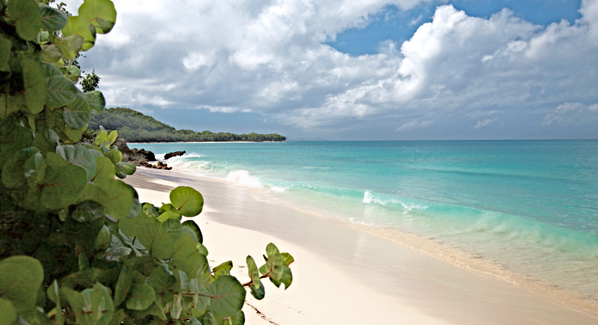 Farming is the number one activity on Guadeloupe’s Marie Galante island, which means that the relatively small number of visitors can often stake out their own private stretch of beach. Photo: Michel Letertre/Flickr

This deserted swatch of sand stands in sharp contrast to the sophisticated luxuries of Grand Cayman’s Seven Mile Beach. Little Cayman is the smallest and least developed member of the Cayman Islands group, with fewer than 200 full-time residents, and a single road ringing the shores. Visitors arrive aboard a small aircraft that lands on an unpaved strip, and there is no town to speak of, just a handful of small beach resorts scattered along the southern side of the island. It’s a great place for fishermen, divers, and nature lovers, who are vastly outnumbered by iguanas and rare birds. Bikes and motor scooters are often the preferred method of transport, but rental jeeps are also available. Whatever transportation you choose, the coast road will lead you east to the tip of the island, and Point of Sand Beach. The powdery white sands of this beach are soothing to the feet and pleasing to the eyes, as turquoise shallows extend to a snorkeling reef that marks the boundary with blue water. 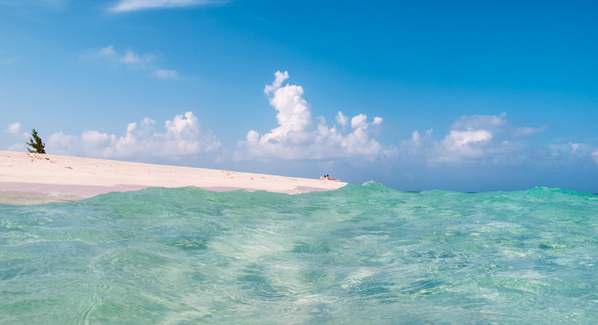 With only a handful of small resorts scattered around its undeveloped coast, Little Cayman Island provides almost total seclusion for those who make their way to beaches such as Point of Sand. Photo: Ray Bodden/Flickr

Even well traveled Caribbean veterans don’t know about the Corn Islands. Sitting 40 miles off the coast of Nicaragua, these small islands are way off the radar, and the cruise ship routes. It’s possible to fly from the mainland to a simple airfield on Big Corn Island, but to reach Little Corn will require a boat ride in a panga-style water taxi. Once there, plan on walking, because no motorized vehicles are allowed on this two-mile-long strip of sand and jungle. Footpaths connect the limited number of beachfront hostels and guesthouses that cater to adventurous backpackers and savvy travelers. There is one paved walkway that leads from the island’s only village to several east-side beaches, but for the ultimate in seclusion, you’ll want to follow a trail through the island’s wooded interior to the north shore, where there’s a good chance you will have the sands of Otto Beach all to yourself. 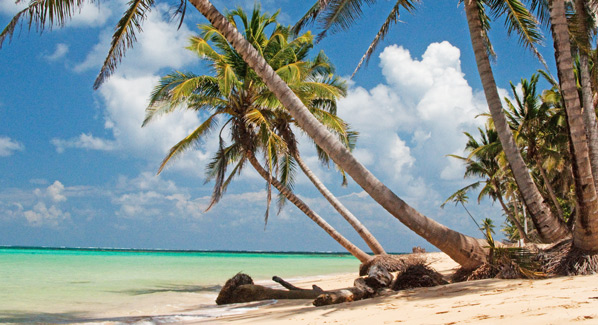 There’s never a crowd at Little Corn Island’s Otto Beach, because getting there begins with a boat ride from Big Corn, followed by a mile of walking on a wooded cross-island trail. Photo: Brian Johnson & Dane Kantner/Flickr

Given the number of rich and famous that have visited, it would be hard to call Harbour Island a hidden gem. But it is certainly the crown jewel of the Bahamian Out Islands, and a place where a select few travelers can enjoy the seclusion that privilege provides. The island can only be reached by a puddle jumping flight, followed by a land and then a water taxi ride. Forget owning one of the quaint and colorful cottages that front the flower-lined streets of Dunmore Town that would set you back a minimum of seven figures. But for the price of an upscale Caribbean beach hotel, you can rent a bungalow that’s just steps from the island’s famous pink sand beach. This rose-colored strand has been featured on magazine covers and in countless fashion shoots, but on any given day, there are surprisingly few folks out sunning on this three-mile expanse. 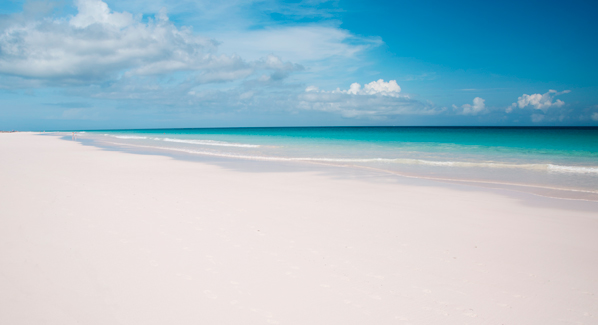 Harbour Island is famous for the pink sand beach that runs the length of its eastern shore. The absence of large hotels on the island keeps things from getting crowded. Photo: iStock

Remember that deserted beach where Johnny Depp’s character was marooned on the first Pirates of the Caribbean movie? It’s actually Petit Tabac, which is the smallest of five islands that make up the Tobago Cays. You can reach these uninhabited bits of land aboard a chartered sailboat, or by hopping a water taxi from nearby Mayreau or Union Islands. Bring provisions, and plan on a day trip, because as there are no hotels for overnighting—or any other signs of human impact. The Cays lie within a marine park, and are surrounded by coral reefs that attract divers and snorkelers. The scenic beach on Petit Tabac is shaded by coconut palms, and there is good snorkeling just a short swim from shore. 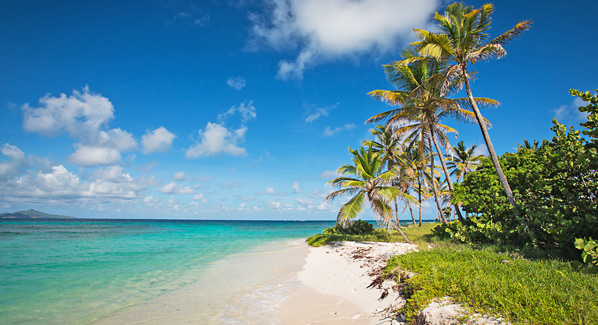 One of the five uninhabited islands in the Tobago Cays, Petit Tabac is a popular nesting spot for hawksbill, leatherback and green turtles. Photo: Christian Lendl/Flickr

Back to St. Vincent and the Grenadines

Best Pink Beaches in the Caribbean