So you want to escape to a tropical island in the South Pacific. But which one? Tahiti seems amazing, but you’ve also heard good things about Fiji. To help you start packing, here’s the low down on what to expect, and some of the differences between these two idyllic destinations.

For starters, neither of the destinations known as Tahiti or Fiji are a single island. There is an island named Tahiti, but it is just one of a number in the group of islands also known as Tahiti, and sometimes called French Polynesia. In addition to the “big island,” the two that attract the vast majority of tourism are Bora Bora and Moorea. All of these are mountainous, volcanic islands ringed by lagoons. The country of Fiji includes more than 300 islands, ranging in size from 4,000-square-mile Viti Levu to small and in some cases uninhabited islands—like the one Tom Hanks landed on in the movie Castaway. 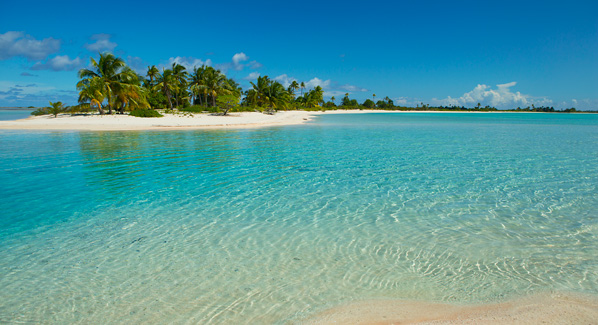 The barrier reefs that ring many of the Islands of Tahiti also include small outer islands known as motus. Visitors can arrange to make day trips to islands like Tikehua by boat. Photo: Grégoire Le Bacon/Tahiti Tourisme

If you are starting from North America, both Fiji and Tahiti are a fairly long hop across the Pacific. A direct flight from Los Angeles takes 8.5 hours to Tahiti, and a bit more than 10 hours to Fiji. Both destinations are served by a single international airport, which are located on the largest islands. From there resorts are a shuttle bus, ferry ride or an inter-island flight away. In many cases, the transition from airport to resort will be shorter in Tahiti, as you’ll either be taking a ferry or short flight to Moorea, where hotels are ten minutes to a half-hour from the runway, or a flight to Bora Bora, with similar transfer times once you land. Travel in Fiji is a lot more variable. Resorts on the west and north coasts of Viti Levu can be less than a half-hour away, while properties to the south will require a two-hour-plus van ride. There are a number of resorts scattered across the smaller islands, and getting there could involve a single flight and a boat ride, or a series of transfers that take the better part of an afternoon. 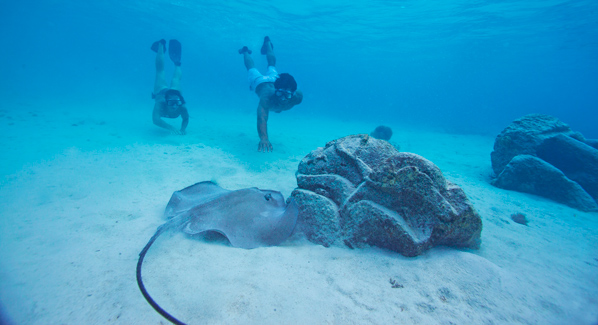 A number of the Islands of Tahiti are ringed in barrier reefs that create calm water lagoons ideal for snorkeling. Stingray encounters are a favorite activity at many resorts. Photo: Tahiti Tourisme

Tahiti is famous for it’s over-water bungalows. This style of resort originated in these islands, and the shallow lagoons of Bora Bora and Moorea are home to dozens of resorts with over-water accommodations. These offer wow factors such as glass floor panels, plunge pools and over-water hammocks on private terraces, and steps that lead directly from rooms into the water. There are no such resorts in Fiji, where the usual resort scenario is a group of cottages known as bures, which are set in garden-like settings on the shore. Another difference is the usual size of the resorts. Tahiti has a number of 200-plus room properties that deliver a full range of amenities that include multiple dining options and some of the most opulent spas on the planet. A stay in Fiji more likely means a small resort with a few dozen rooms or less, with a central dining hall and a boutique spa. 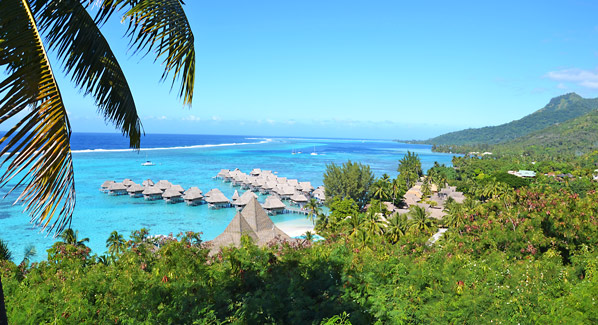 The Islands of Tahiti are famous for over-water bungalows. Islands such as Bora Bora and Moorea are home to a number of resorts that offer this type of iconic accommodation. Photo: Alice Izal/Tahiti Tourisme

With warm Pacific waters washing the shores of both island groups, it’s no surprise that water sports are a central focus in both Tahiti and Fiji. That said, the experiences can be different. The aforementioned over-water bungalows of Tahiti immerse guests in an aquatic panorama, and the lagoons that surround these resorts offer calm conditions and clear water for snorkeling right form the beach. The corals aren’t as colorful as in Fiji, but there’s plenty of tropical fish, plus the thrill of seeing rays and even sharks swimming by. Fiji also offers snorkeling, but more often on near- shore reefs that could be either a swim or a boat ride away. Scuba diving is what puts Fiji on many travelers’ list. The destination is known as the soft coral capital of the world, and reefs explode in vibrant growths of red, yellow, purple and indigo sea fans. Above the surface, both destinations will please paddlers, sailors, fishermen and even surfers at certain times of year. In Tahiti, these activities are more likely to take place within the lagoon, while Fiji offers sheltered bays that open to blue water channels. 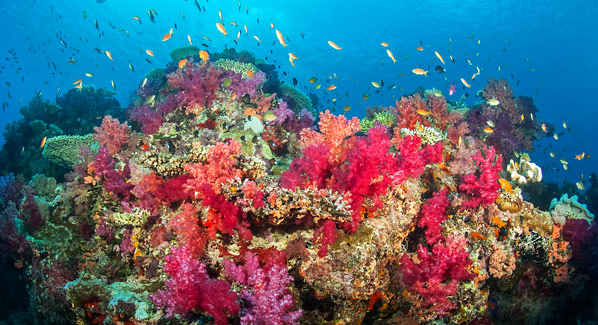 Fiji is world famous for its colorful soft coral formations. Some of the most spectacular are growths found off the island of Taveuni at Rainbow Reef. Photo: Paradise Taveuni Hotel

You can hike across wooded valleys and climb to elevated overlooks on the islands of Tahiti, but there are more chances for land-based adventures in Fiji, which offers more waterfalls, taller mountains, bigger rainforests and even a white water river. From a cultural aspect, there are also significant differences. Tahiti is more cosmopolitan, and permeated with elements of French culture. English is fairly widely spoken at the resorts, but a visit to the capital of Papeete is bit like a trip to a tropical version of Paris. Get outside the few major towns on Fiji’s big island, and you’ll discover an authentic slice of traditional island life. For many, a highlight of their vacation is an invite to a traditional lovo feasts, or a kava ceremony. 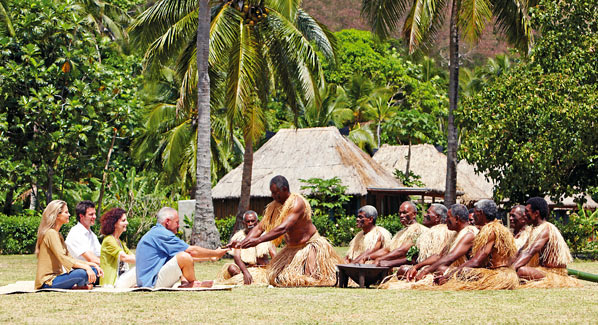 The kava ceremony is a mainstay of tradition Fijian culture. Visitors are invited to share a beverage made from the root of the yaqona plant, which creates a sensation of mild relaxation. Photo: Chris McLennan/Tourism Fiji

Where to go in French Polynesia