Mexico celebrates its independence on September 16, a day known as El Grito de la Independencia – the cry of independence. It is a time of parades, fiestas and feasts. And visitors can get in on the celebration, as a number of resorts get into the spirit of independence with special banquets, entertainment and even fireworks.

Independence Day celebrations center around the resort’s award- winning La Joya restaurant, where typical Mexican delicacies will be dished up at food stations throughout the restaurant, accompanied by a domestic open bar from 7 p.m. to midnight. Colorful entertainment will include mariachis and musical trios, along with the live broadcast of the “Independence Day Ceremony” directly from Mexico City. 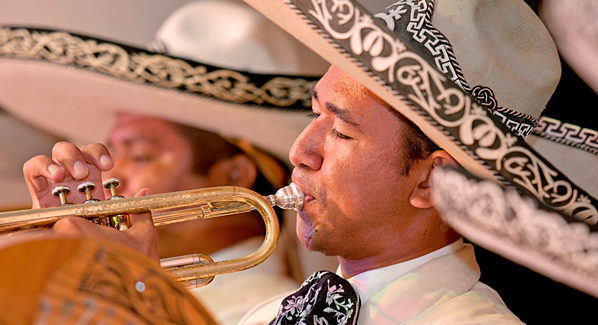 Every year this Puerto Vallarta all-inclusive resort plans elaborate Mexican celebrations, which include ballet and mariachi performances. There is a buffet with Mexican cuisine, highlighting the delicacy known as “Chiles en Nogada.” This dish is a signature element of Mexican celebrations, encompassing the authentic flavors of Mexican fare with ingredients such as poblano chilies, picadillo, walnut-based cream sauce and pomegranate seeds, which are arranged to paint out the three colors of the Mexican flag: green, white and red. During the celebration, the staff will be dressed in traditional “charro and china poblana” attire, and there will be fireworks to end the evening. 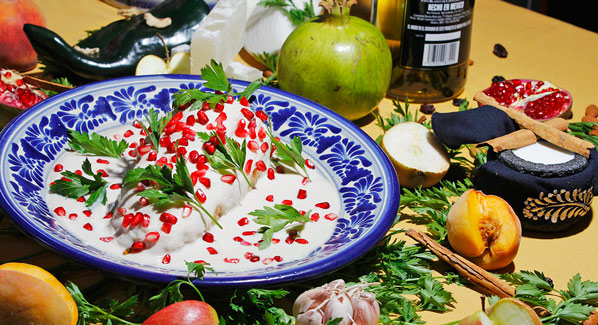 This upscale adults-only property celebrates Mexico’s independence with a grand “Chef Parade” where the resort’s culinary team presents a delectable food tasting for guests to enjoy at the pool. Staff will also be dressed in traditional costume to interact with guests as they enjoy vibrant dinners and music during the festivities. 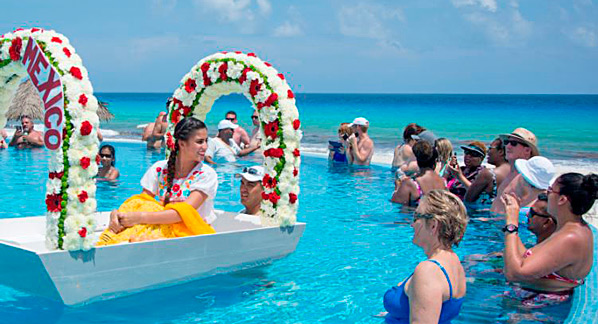 As part of the Independence Day celebrations, the beachfront pool at Live Aqua Cancun is visited by a replica of trajineras—a traditional Mexican canal boat. Photo: Diaz Ana/Live Aqua

Aside from mouthwatering Mexican gastronomy and treats at El Mexicano restaurant, Fiesta Americana Condesa Cancun will host exquisite tequila tasting at the pool to educate guests on the nuances of this signature Mexican libation. Mexican independence characters like Miguel Hidalgo, Jose Ma Morelos, Josefa Ortiz and Ignacio Allende will also be present at the property to share Mexico’s journey to independence with guests. Other celebrations include a beautiful folkloric ballet performance in the main pool and a “Noche Mexicana” which will celebrate “El Grito de la Independencia.” 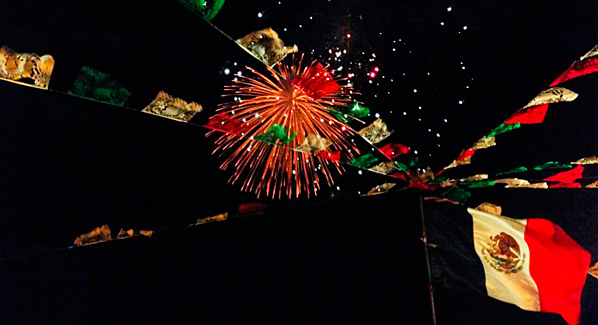 In the Riviera Maya, four picture perfect properties of Bahia Principe will offer plenty of opportunities to feel the spirit of Mexican Independence Day. Grand Bahia Principe Coba and Grand Bahia Principe Tulum cater to families, while adults gravitate to the Luxury Bahia Principe Akumal and Luxury Bahia Principe Sian Ka’an. During the day, beach parties will feature traditional Mexican games, activities, contests and a Charreria show. Charreria is a Mexican take on rodeo developed after the Mexican Revolution. Guests can take in the cultural display as horses visit the beach with cowboys and cowgirls in traditional attire. At Hacienda Doña Isabel, the fun will kick up in the evening. Hotel guests will gather for a Mexican party including festive décor, mariachi performances, folk dancing and a video mapping highlights of the events that took place in 1810. 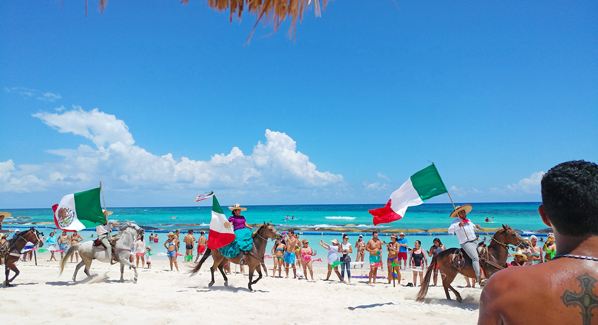 On the beach at Grand Bahia Principe Tulum, riders known as Charros exhibit their horsemanship as part of a Charreria, which is a Mexican cultural event similar to rodeo. Photo: Bahia Principe

This premier beachfront resort will observe Mexican independence with a range of events that includes a Mexican Kermesse, or block party, which will take place by the pool and garden. This will be followed by a Mexican show and an Oasis company show. At 10 p.m. guests can then head over to the official “Fiesta de la Independencia” at the Oasis Cancun Beach Club, where there will be a DJ, go-go dancers and contests. There will also be a live stream of “El Grito de Independencia” that will lead up to the grand finale fireworks display. 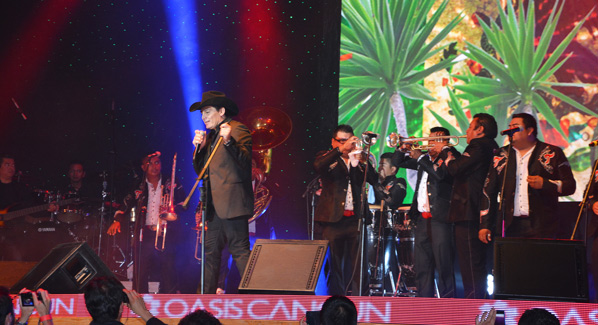