Celebrate the holidays on an island where Dutch, Venezuelan and Caribbean traditions blend

Aruba is one happy island that is ready for a celebration at any time of the year. But the holiday season is special, a time to be spent with family and friends, and to welcome new beginnings with the arrival of the New Year. It is a time when food, music and parties take over the island, homes are decorated and streets are lined with lights. The festive mood is inescapable, and everyone seems swept up in the spirit of the season, with proclamations of Bon Pasco y Bon Aña – Merry Christmas and Happy New Year! 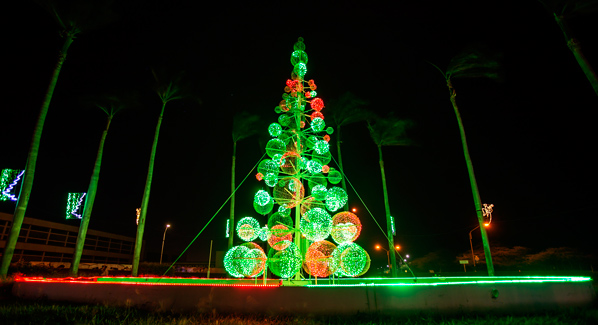 An Aruban take on the Christmas tree. Public spaces around the island are decorated in elaborate displays of holiday lights, including traffic circles. Photo: Marald Van Motfoort/Aruba Tourism Authority

As on many Caribbean islands, fruitcake is served when company comes to visit. For Arubans, the treat will be a black cake called bolo pretu, which is infused with brandy and fruit liqueurs, and loaded with dried fruits and spices. Every household has their own recipe, and visitors can find this favorite delicacy at supermarkets and specialty shops across the island. Other favorites for entertaining include pistachio cake and pan de jamon, a bread laced with ham.

Pumpkin soup is especially popular around the holidays. Turkey is served in some households, but the favorite holiday meat in Aruba is the Christmas ham, which is coated with glaze and spices. A Dutch treat that makes its way onto the holiday table is oliebollen, a small deep-fried ball of dough similar to a beignet or doughnut. You’ll often find these made fresh and hot at local supermarkets. Another island-wide tradition is ponche crema, a Latin American beverage that is a bit sweeter than the standard American eggnog. Every household has their own recipe, but expect it to be laced with rum.

The grand prize on every Christmas plate is the ayaca. With culinary roots in Venezuela, this dish starts with a boiled banana or plantain leave that is filled, wrapped, tied and boiled again when its time to eat. The stuffing is a mixture of chicken, pork or ham combined with spices, olives, raisins, cashews, prunes, onions and whatever the family recipe calls for, all spread over a layer of cornmeal mixture similar to polenta. 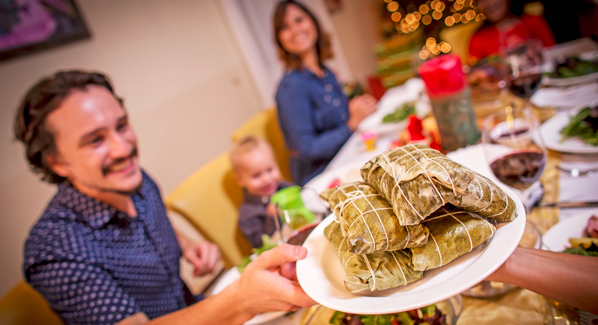 Ayaca is an Aruban favorite at the Christmas dinner table. Similar to a tamale, it is a mixture of meats and spices surrounded by corn meal, steamed within a banana leaf. Photo: Marald Van Motfoort/Aruba Tourism Authority

Radio stations begin playing Christmas music in October, and while you might occasionally hear White Christmas in the mix, you will certainly hear the sounds of Gaita and Paranda Arubiano from popular bands such as Grupo Di Betico. When you are out and about, you’ll find Gaita bands performing at shopping centers, malls and public places. This is the music most identified with an Aruban Christmas. Originating in Maracaibo, Venezuela, this folkloric music is comprised of humorous lyrics and love songs. Groups are made up of a line of female singers who dance and perform while male musicians play cuartro and tambora. 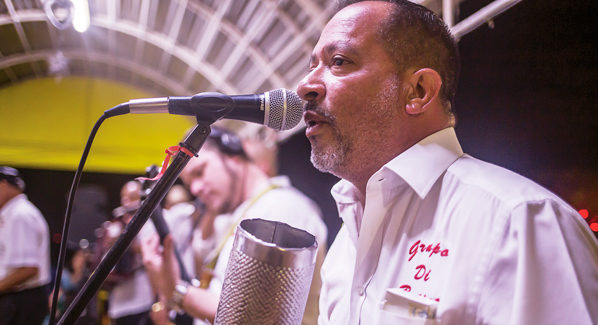 For more than 50 years, the folkloric sounds of Grupo Di Betico have been a favorite sound during the holidays. Photo: Marald Van Motfoort/Aruba Tourism Authority

Right after Christmas, the island also has a tradition of caroling, known as Dande. Groups of five to six Dande musicians travel from home to home, especially on December 31. These groups feature a principal vocalist backed up by the sounds of drum, tambu, wiri and raspa. One member of the group carries a hat that is passed around, and the audience is encouraged to deposit cash for good luck. The tradition is pervasive across the island; you will find Dande played in public places and there is even a Dande Festival, as the tradition is becoming more popular. 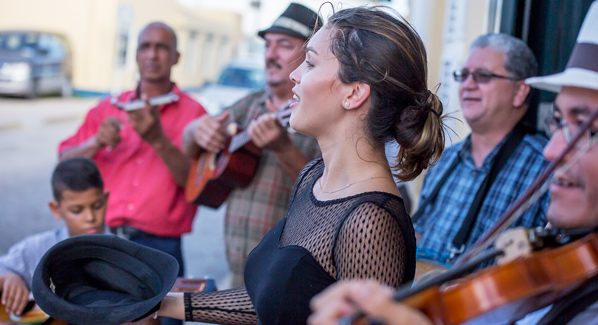 The island’s most popular holiday light show covers the hill of Seroe Preto, where the nativity scene is creatively displayed. A drive around Aruba, passing by all the roundabouts on the main roads, will show off an amazing array of decorations. The entire island seems lit up as every hotel, business, shopping center, traffic circle and park is hung with strings of multi-colored bulbs. Hotel lobbies are decorated with trees; gingerbread houses, nativity scenes and an array of Christmas lights are hung from every thing imaginable. 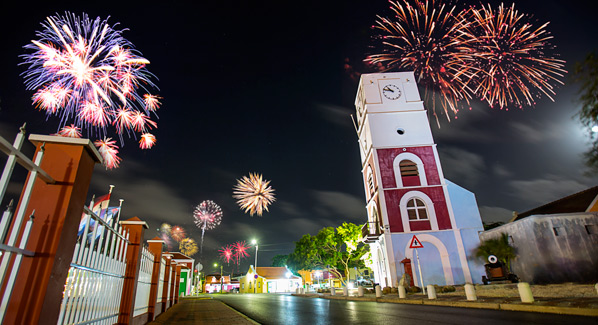 At the stroke of midnight on December 31, the skies of Aruba erupt as hundreds of fireworks displays are set off, creating brilliant aerial displays of color. Photo: Marald Van Motfoort/Aruba Tourism Authority

As the New Year approaches, the focus shifts from lights to fireworks, which begin several days before the actual holiday. The streets of downtown Oranjestad are engulfed in smoke and noise as pagaras—long strings of Chinese firecrackers—are laid out and ignited. The noise is to ensure the New Year will have a clean start as evil spirits are being chased away. On the last night of the year, fireworks displays can be seen along the beaches. Many of the hotels stage their own shows, which can be seen from balconies as the entire island comes ablaze at the stroke of midnight. 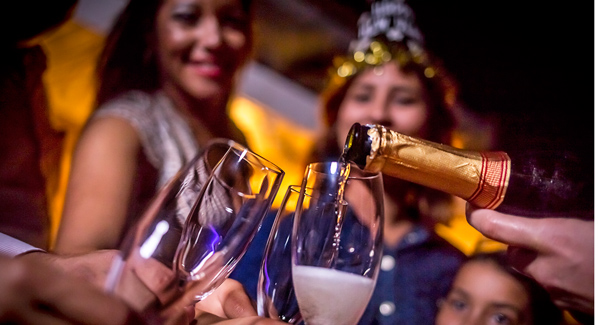 New Year’s Eve is a big event on the island of Aruba. Food and family play are the central elements of celebrations leading to the midnight toast. Photo: Marald Van Motfoort/Aruba Tourism Authority